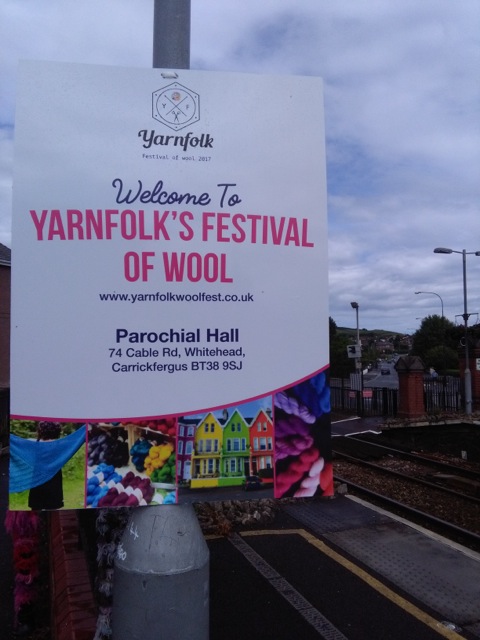 The quiet seaside village of Whitehead, Co Antrim, was all abuzz on Saturday with the first annual Yarnfolk Festival.  I had bought my ticket months in advance, all excited at attending not just my first fibre festival but the first event of its kind held on the island of Ireland.  The day didn’t disappoint, with not just one but four different venues in the quaint old town area, all full of local vendors selling beautiful creations.  For the knitters and crocheters, this was heaven with over 15 tables selling mainly hand-dyed yarns in a fantastic rainbow of colours.  The felt makers, myself included, were well catered for with many stalls selling beautifully dyed roving.  I have to give a shout out to Feltmakers North, who had a table set up for ‘make and take’ felted flowers.  I believe many people left with not just a gorgeous flower but a new skill and the beginnings of a fun hobby. 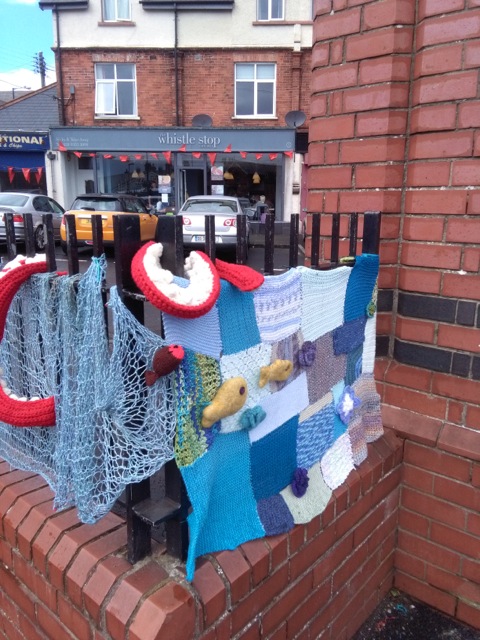 There were many workshops offered, although they sold out very quickly and I was not able to attend one.  The subjects ranged from beginning Clones lace to natural yarn dyeing.  There were also crochet, knit, felt making and spinning classes as well as embellishment sessions such as embroidery and beadwork.  I was able to spend a little time developing my drop spindle technique with Kay from Loopy Kate Fibres.  I have finally advanced beyond the ‘park and draught’ method!

The event was moderately priced at just over £5 for an advance ticket and £6 on the day.  I was really impressed to see that under 16s were admitted for free; I noticed a lot of interested youngsters who are the next generation of fibre artists.  I thought it was wonderful that they could get all this inspiration for free.  The vendors were all from Ireland and Northern Ireland, which made the event really special as it showcased all the local talent that you would not normally see at the larger shows. 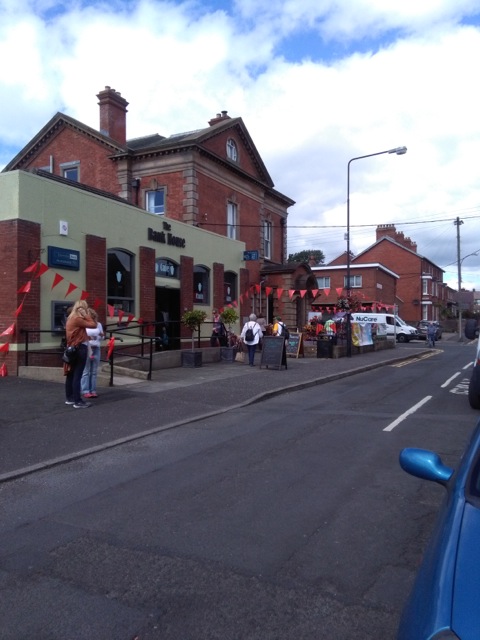 The local Whitehead Food and Folk Fest was held the same day, which meant that, after an enjoyable few hours at Yarnfolk, visitors could head down to Whitehead’s Recreation Grounds, just a short walk away, for some delicious local food, craft beers, live music and even a steam train!  It also provided a safe location for ‘hubby day care’. 🙂

Overall, organiser Louise from Lighthouse Yarns should be very pleased with this event and everyone that I spoke to said they hope it will be an annual event and plan to return next year.

Know before you go:  Whitehead is about 17 miles north of Belfast, at the very start of Belfast Lough. There are many cafes in the town, including The Bank House, next door to Lighthouse Yarns.  Tea, coffee and delicious cakes were also for sale in the community hall. 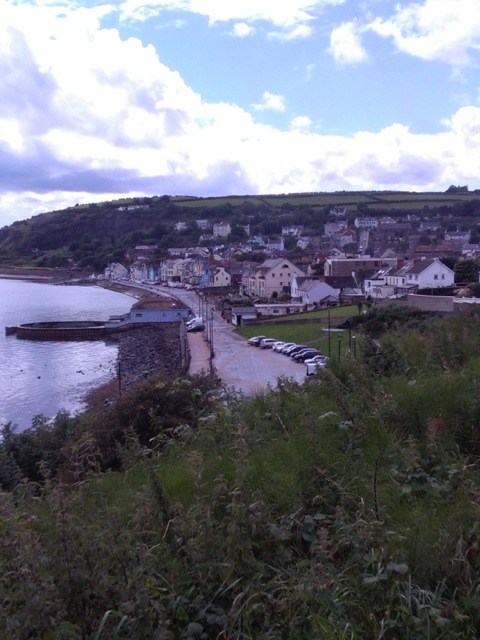